Sometimes it seems that we Canadians can only see ourselves the way the rest of the world sees us - as one small group of people on the world's second-largest political land mass. We don't contemplate the differences between us, unless we think about Quebec, or maybe even Newfoundland.

It wasn’t until 2004 that I realised that not all dialects of non-Newfoundland Canadian English are the same. I had travelled to Winnipeg in August of that year to attend a work conference for all members of the various legal departments across the company for a total of twenty people.


On the first night of the trip, the General Counsel hosted a dinner party for all of us at his home in the thick of mosquito season. He had one of those fancy electronic mosquito fences around his place, so we weren’t bitten too badly. I thought nothing could top black fly season in Algonquin. I was wrong!

Dinner was a lovely grand turkey dinner with all the trimmings. A little unusual for August, but turkey is probably the easiest thing to prepare for such a large crowd. The food was comfy, delicious, and made us all feel right at home, like one big family (which was one of the objectives of the trip).

After dinner, we were helping to tidy up when one of the lawyers wanted to know about the “dainties” that were coming out.

We Torontonians froze, and gave the lawyer and the others a curious look. We wanted to know exactly what kind of dinner party we had been invited to, and just how these people in Winnipeg, who seemed so mild-mannered and meek, spent their summer evenings!

“Excuse me,” one of the Toronto legal assistants called out, “Did you say ‘dainties’?”

“Yeah,” the lawyer replied, “don’t you guys have dainties in Toronto?”

“We do,” I said, “but they’re not exactly appropriate to show at dinner.”

There were enough raised eyebrows to lift the roof off of the house.

“You know, dainties,” said one of the Winnipeg legal assistants, “little cakes, biscuity things, we put them in little paper cups on a tray…”

“OH!” gasped all of the Torontonians with relief. “You mean pastries and petit fours!”

“Well, what did you think we meant?”

After the dainty miscommunication, the Winnipeggers introduced us to another "new" word in their non-accented dialect.

“And Sue even got a shmoo!" one of the Winnipeg assistants cried.

We Torontonians had no clue what that meant. To me, Shmoo was the little white ghost cartoon creature from Saturday mornings. 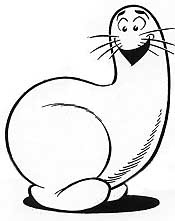 “Okay, we give up,” said a Torontonian, “What the hell is a shmoo?”
The Winnipeggers gasped.


“Oh, you don’t know the shmoo? You’ve gotta have the shmoo!”

And that’s when they brought in this huge cake iced with the whitest cream, served with a gravy boat of butterscotch sauce. My Torontonian boss called it a Baked Alaska. He was promptly yelled at by every Winnipegger in the room.

So we each had a slice of shmoo and some dainties. And that shmoo – perfect chiffon cake with the crunch of nuts and billowy Chantilly cream drizzled with just the right amount of butterscotch – was incredible. It looks as if it's going to be rich, heavy, and ladened with sugary sweetness. It is, in fact, the opposite. It is a very light, well-balanced dessert, depending on how much sauce you drizzle overtop or have on the side.


It makes me sad (though it makes my hips happy) to think that they only have this in Winnipeg. When I asked for the recipe, I was told that nobody makes their own shmoo – there are arguments over which bakery in Winnipeg makes the best shmoo, and people choose their affiliations and order shmoos from their favourite bakery. 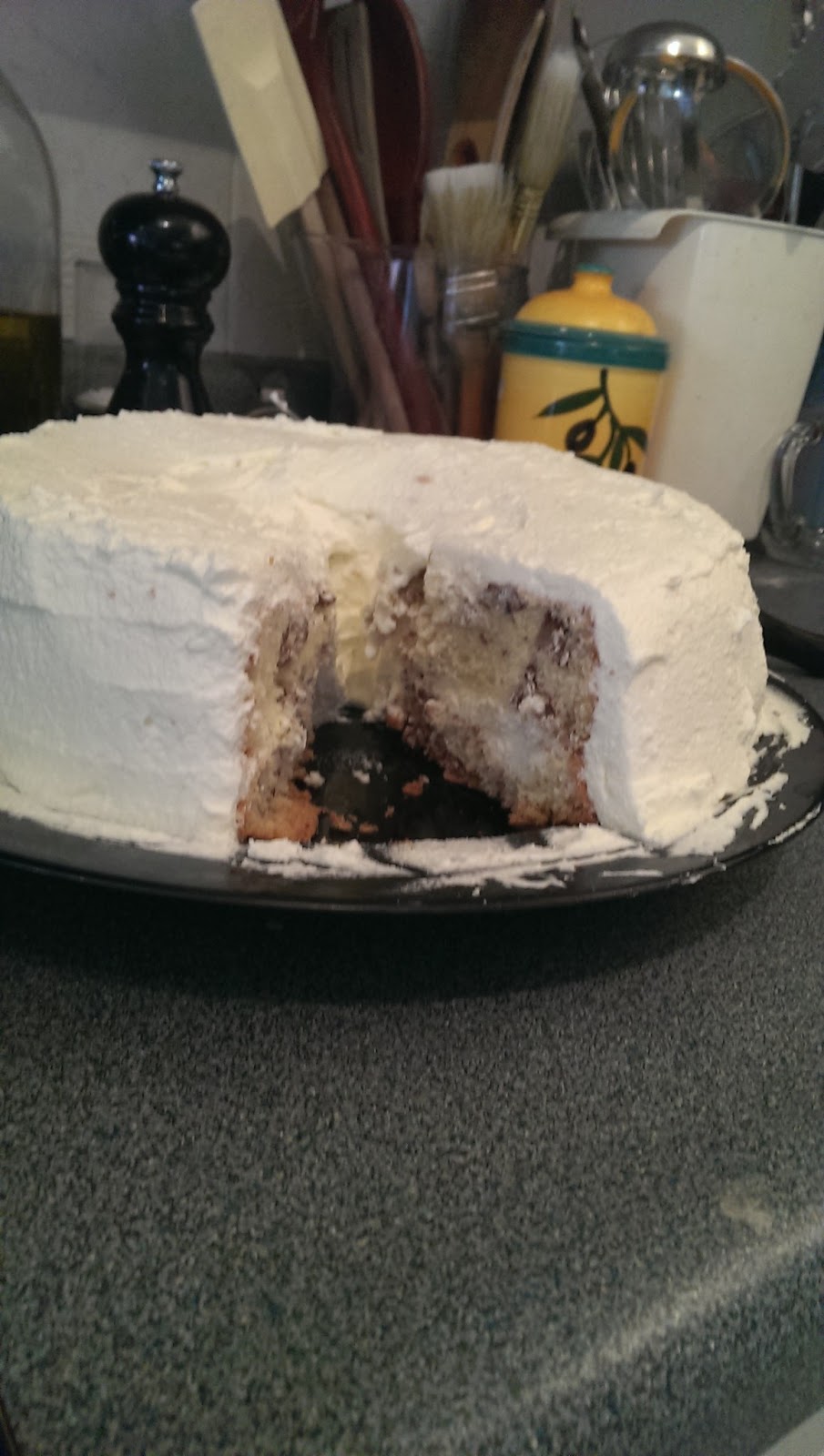 Since we don’t have that luxury in the GTA (and if there is a place around here that sells shmoo, will someone let me know?), I had to make my own shmoo.  The pictures here are of the shmoo I made for our Canada Day dessert this year courtesy of the recipe from Canadian Living. It’s not that difficult once you can make a chiffon cake. But the Winnipeggers are right – there is nothing like the taste of a shmoo in Winnipeg, with some dainties on the side! 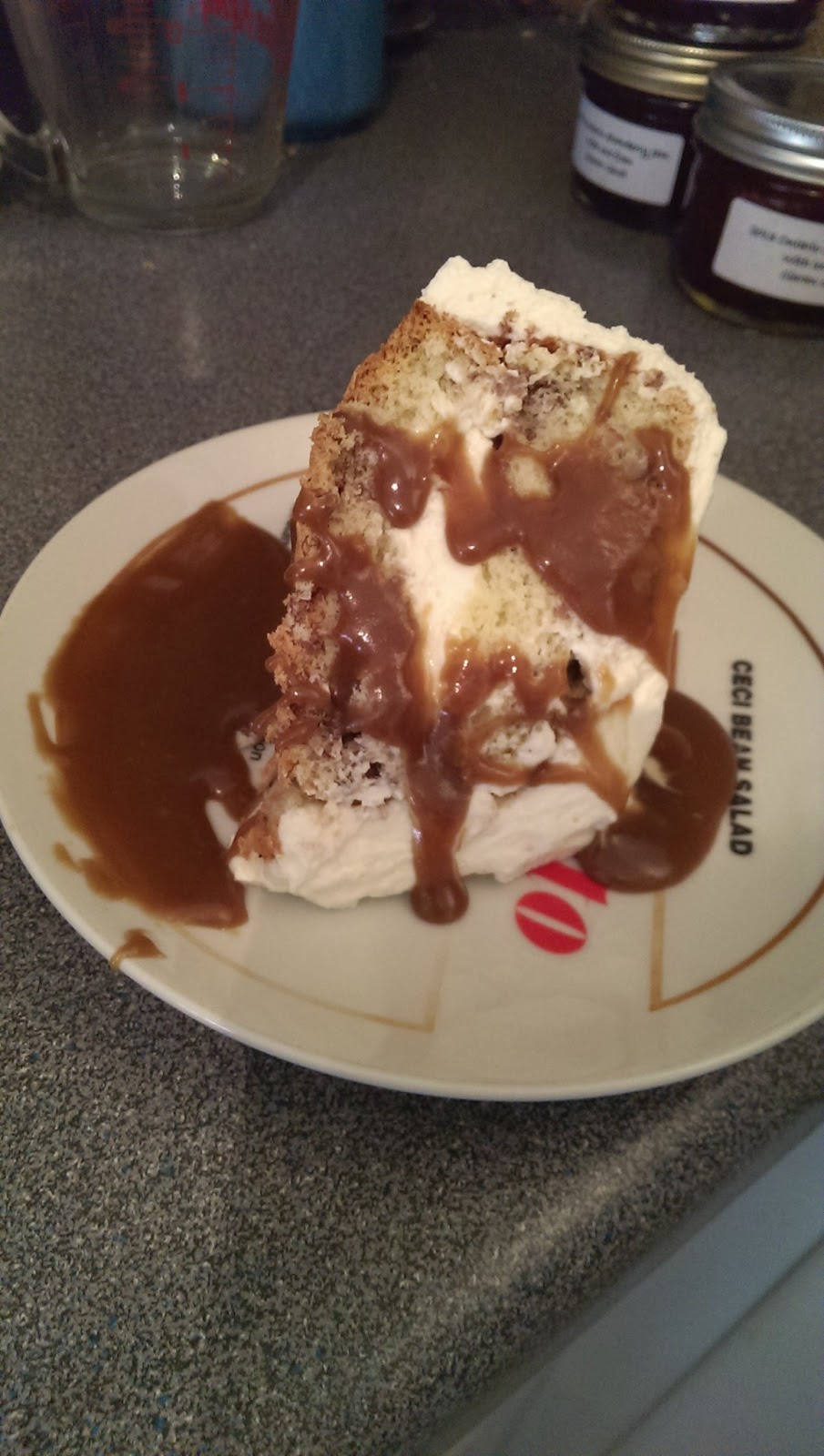 Hint: use your favourite butterscotch sauce recipe. The one from the link above ends up giving you a sauce with a fudgelike consistency, and has to be monitored carefully so it doesn't end up becoming candy.
Posted by Mimi at 10:43 AM