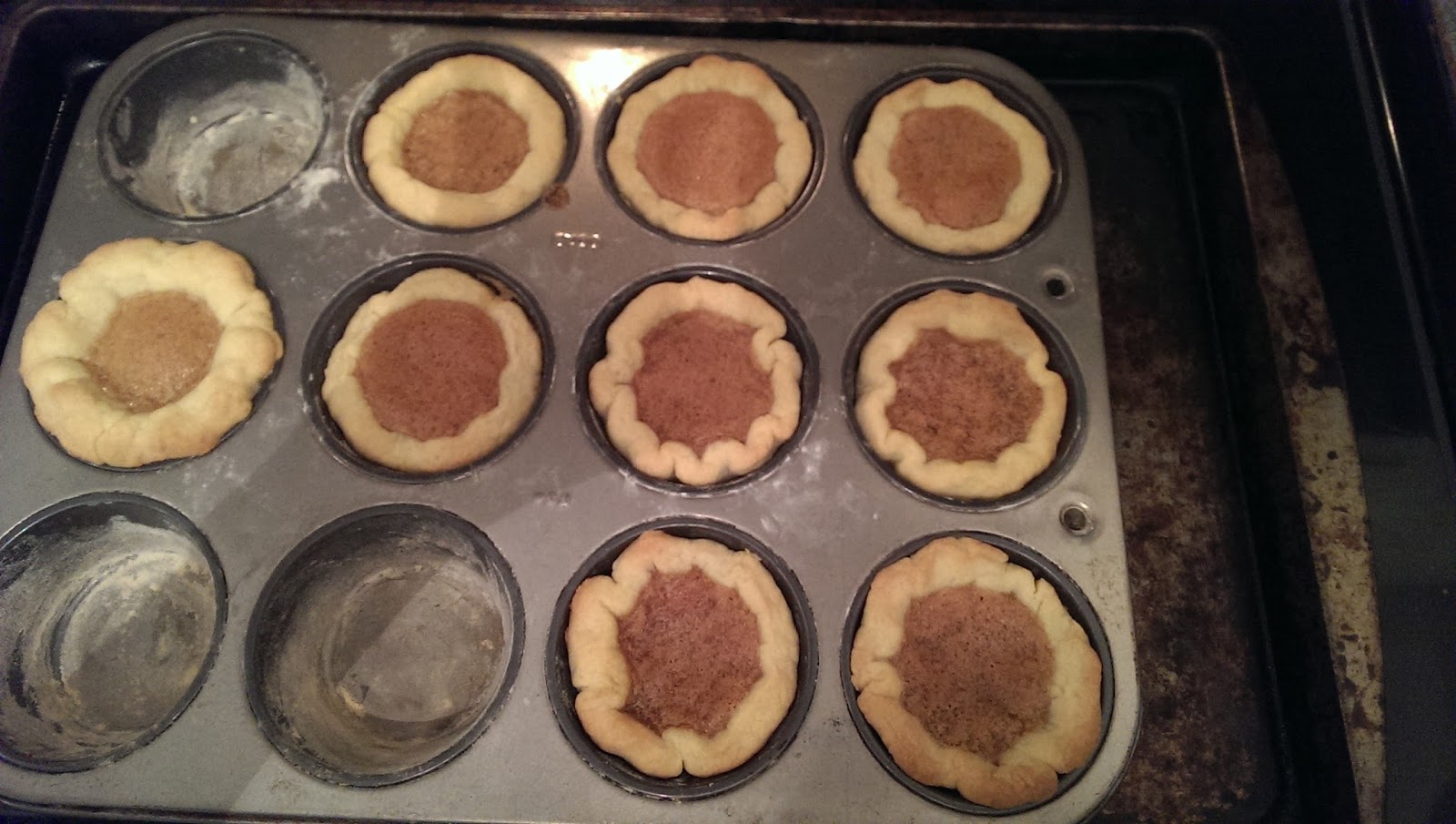 I am an only child.


It’s almost commonplace these days to be an only child. People now start families later in life, and as a result, keep them small. But when I was a child, being an only child was still unusual. Most families still aimed to have at least three children, and most moms, including mine, stayed home while most dads, like mine, worked all week and hung out with the boys all weekend.


We moved to the small town of Newmarket, Ontario, when I was about three years old. That’s not meant to be cynical at all – Newmarket only had 12,000 people when we moved there.  I think I spoke in an earlier blog of my food memories at the markets in Bradford with my mother to get fresh produce each week during the summer.


In the winter, though, there wasn’t much to do, except play in the snow outside, or go on errands with your parents. My mother took me everywhere with her, and she loved to go to craft fairs at the local senior citizens’ homes or church basements. And because I was such a quiet and shy child, I just stood looking at the pink crocheted toilet paper roll dolls while she chatted with the ladies about crafting techniques.


No matter where you find a craft fair in Canada, there is always a bake sale towards the end. My favourite part would be getting a treat at the bake sale. There were always at least three long folding tables, covered with red and white checked tablecloths, ladened with trays of party sandwiches (which are my weakness to this day), brownies, Nanaimo bars, thick and chewy chocolate chip cookies, shortbreads, and simple, thick crusted butter tarts, with raisins.


I have to tell you – I despise raisins. I think it’s because the old ladies at the seniors homes used to always give me boxes of raisins for snacks, because they were “nature’s candy”. I would always eat them to be polite, but they would stick in my cavity-free teeth, leaving an overly sweet yet bitterly burnt taste in my mouth.  And sometimes, they would even have seeds. But no matter the colour – golden, dark, medium – raisins and I have never been friends. Grapes, fine. Wine, divine. But raisins come from a special part of culinary hell (along with all dried fruit in my opinion).


The old ladies would try to get my mother to buy the tarts. You may recall that my mother came to Canada from Trinidad. Back then, they didn’t have tarts like they did in Canada, and they still don’t have butter tarts at all. My mother called these tarts the ladies would offer her “raisin tarts”, and would always ask if I wanted one. I would always say no thank you, and, since my mother was more of a mille feuille type of person, she would never eat them.


But one day, we went to one of these craft fairs, and lo and behold, we found what looked like the same raisin tarts without the spurge of raisins within. I asked my mom if I could try one, and she bought one for me. The pastry was crumbly and hard, like a cookie.  The filling was runny and sweet with a hint of tanginess that left me lapping up the inside of the shell. When I asked what they were called, the lady told me they were butter tarts. So for years, I thought the ones with raisins were “raisin tarts” and the delicious ones without raisins were “butter tarts”. I grew up believing that butter tarts were one of those things that only old ladies could make, like egg salad sandwiches and macaroons.


Over the years, I tried store-bought butter tarts, cafeteria-made butter tarts, bakery butter tarts, but they would all disappoint me at some level. They would either contain raisins, and thus to me would be inedible, or they would taste too artificial, as if the filling were made from melted plastic and the crust made from sawdust and cardboard glued together with margarine. I started to dislike the butter tart, not because of their flavour, but because they would always be nothing more than a disappointment to me.


At my last day job, one of my colleagues was a butter tart fiend. Like me, she believed the butter tart should remain pure and unspoiled, i.e. made without raisins. With my rediscovered love for baking, I set out on a quest to satisfy both of our appetites for the humble yet illustrious butter tart.


While searching for a recipe, I discovered that the butter tart is a Canadian dessert. Ask any American what a butter tart is, and they will have no clue. They may know sugar tarts if they live near the Quebec border, but only we Canadians know butter tarts. Asking what they are should be one of those instant citizenship questions at the border, rather than knowing hockey trivia or the recipe for poutine.


Earlier this year, I found it – and I posted my success (and failures) at this very blog right here. To make them more Canadian, I used maple syrup instead of corn syrup. It makes the filling runnier but less sweet and more balanced.  I did discover the old lady trick of making them in muffin tins. When I left that job after fourteen years, my last gift to my colleague was a box of homemade butter tarts, pictured below. The crust was like a shortbread cookie, and the filling had just the right amount of sweetness and tanginess. My next big culinary quest: to perfect the egg salad sandwich! 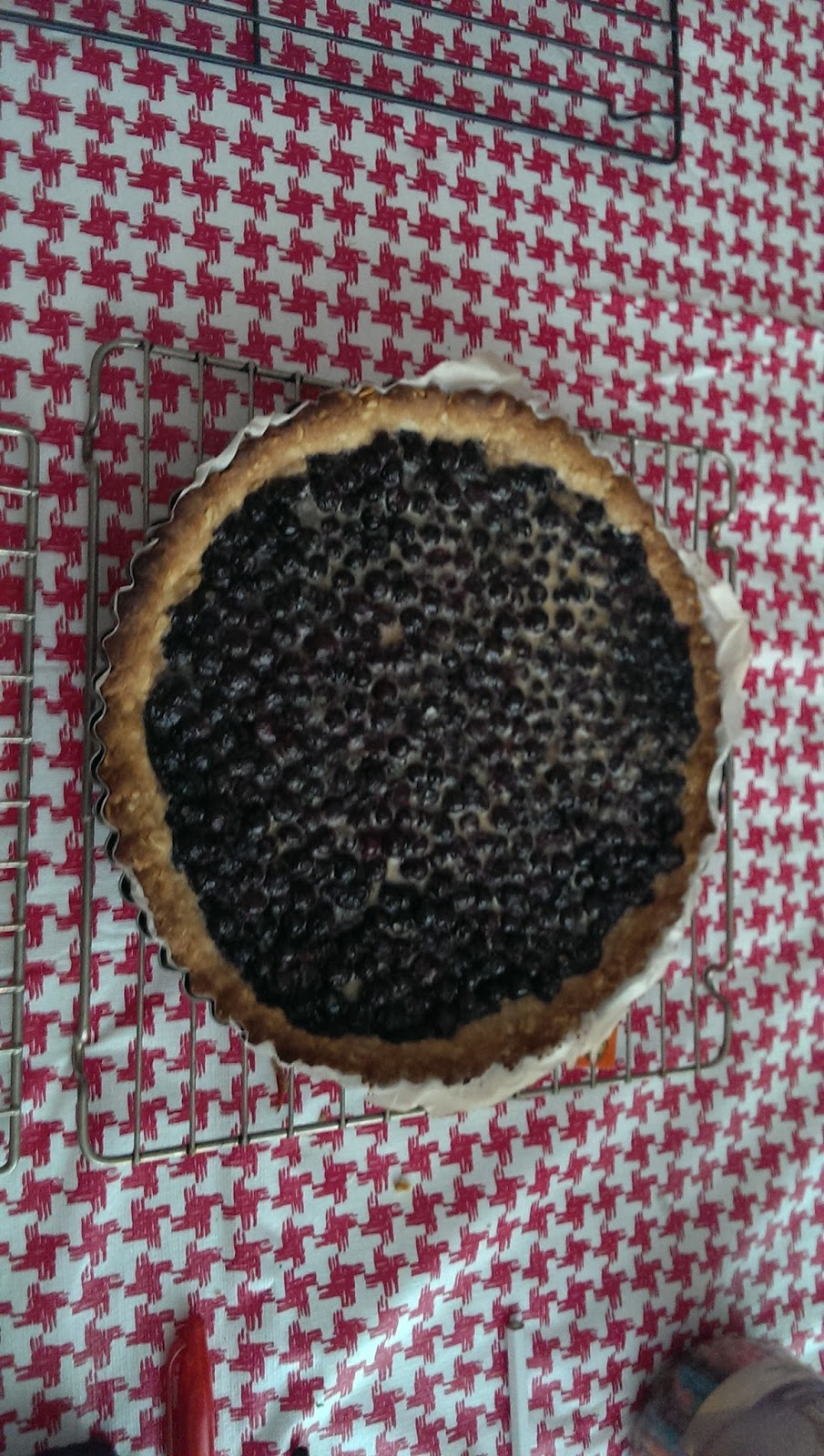 (here's a picture of a Wild Blueberry Butter Tart I made today. Yes, it does indeed work!)﻿
Posted by Mimi at 12:36 PM